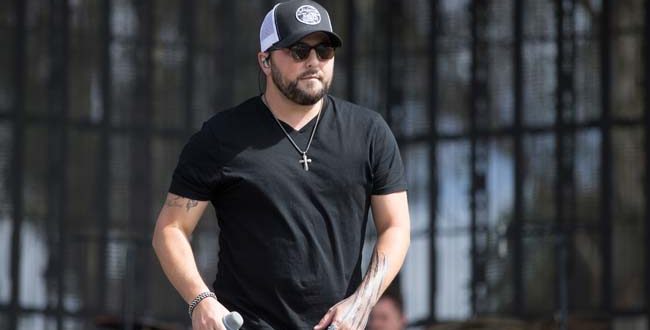 It’s been a while since we’ve heard from Tyler Farr.

Tyler will release a new EP called Only Truck in Town on Friday, June 5th. that’s right, tomorrow! The project was produced by Jason Aldean and features four songs, including his current single “Only Truck in Town.” Then the song’s video will premiere on CMT’s Hot 20 Countdown on Saturday, June 6th. He made the announcement on his Instagram page yesterday.

Five years. That’s how long it’s been since my last album was released. Y’all have been asking for new music. Waiting patiently for the moment. Happy to say this Friday, that’s all going to change! Listen to my new EP, #OnlyTruckInTown, including 4 new songs, on June 5.

Tyler will also celebrate the release as Facebook’s Artist of the Day on Friday and will go live with Jason Aldean on Instagram on Monday, June 8th at 8 p.m. ET.

Tyler said, “It’s been five years since I put out the Suffer in Peace album. I love my fans and they have been waiting patiently for new music and now I can finally say that the new music is here . . . for them. These songs really speak to who I am—my good buddy, Jason Aldean, produced the EP and knows me better than most people so working with him just felt right. Together we created something very real and that’s exactly what I want my fans to hear from me.”

Check out the Only Truck In Town track listing below: