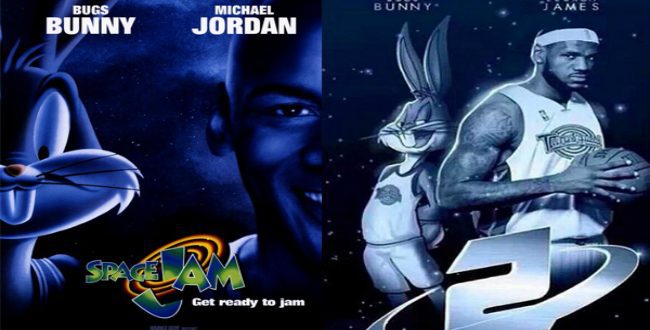 But what about Mike? There have been rumors for a while now that Space Jam would be receiving a sequel. However, those rumors went dark for years at least until now! Finally confirmed by LeBron James himself, he will be taking over for Michael Jordan.

This move led people to wonder if this is going to be a reboot or indeed a true sequel. I believe it is the latter since a sequel would mean an appearance from Jordan is guaranteed! Not much has been done yet as production on the project isn’t set to start until at least next year.

While there may not be a release date yet, the producer behind Marvel’s Black Panther is the one bringing Space Jam back to life… So expect good things!

LeBron James is ready to suit up on the Toon Squad for Space Jam 2. pic.twitter.com/6b8xEsctta

The original Space Jam is the highest grossing basketball movie of all time, which featured cameos of many NBA stars. My only question is who will the new Monstars be? Let us know who you would pick!

A Space Jam sequel with @KingJames?!