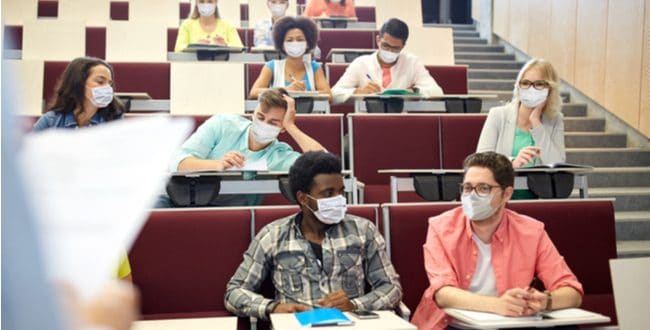 School Year Off To A Rocky Start

Hard to believe it’s already August! This year seems to have just passed on by, which is honestly a good thing! If you were to ask anyone right now most if not all would like to put 2020 as far behind us as we can. However, since it’s August school will be back in session. Meaning many more issues to tackle before years end!

Talk of what to do for the future of education during the pandemic has been a controversial topic, to say the least. From teachers to parents and students; everyone has concerns about returning to school as usual. Concerns were only confirmed last week as an outbreak happened at high school near Atlanta.

A photo taken at the school went viral showing the hallways packed. After just a few days of North Paulding High return six students and three staff members tested positive for coronavirus. Although, there was a letter issued to all parents stating the building will remaining under lockdown and is being disinfected. Additional measures to protect students and staff were not announced.

What does this mean for Missouri? Well, we need to be very cautious about how we handle things once school returns. Many believe online classes should be the norm for now at least until things with the pandemic can get fully under control. We can agree! However, with schools starting soon and thousands of college students returning to campus, one can’t help but be worried. It’s not a matter of IF… but when! The next outbreak could be right around the corner unless we do something about it… just a thought.