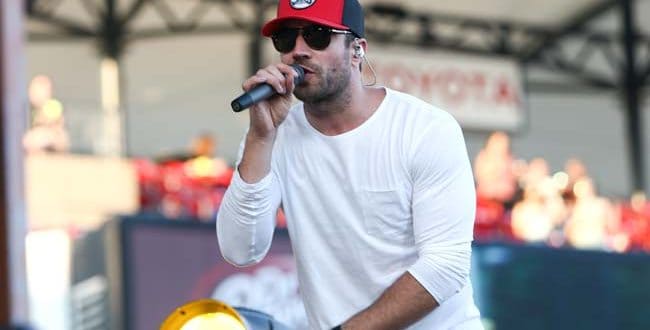 It will be a fun show to watch! Sam Hunt and Brett Young will be the artists to close out “Red Rocks Unpaused,” a special virtual concert series set to take place over three nights, starting Sept. 1-3 at the Red Rocks Amphitheater in Morrison, Colorado. Performances kick off each night at 7 p.m. Pacific, and fans can watch free of charge via Twitter’s Live Event Page and visiblexredrocks.com.

Red Rocks Unpaused will also feature performances by Nathaniel Rateliff & The Night Sweats with special guest Phoebe Bridgers on Sept. 1st and Megan Thee Stallion with co-headliner Lil Baby on the 2nd. Sam and Brett will be performing on September 3rd.

Sam told Billboard, “Red Rocks is an amazing venue that every artist wants to play. With this show, it’s not just fans of country music — the headliners are some of the biggest artists right now. I just love that we can be a mood that evening and that’s how I feel like we fit into this lineup.”

Sam added, “Considering all that’s going on, being able to play in any format is a plus. I’ll take it. I’m glad to be  a part of the lineup.”

Fans will get to be interactive with the show, sending messages which will be displayed on the faces of the Red Rocks for the performers to see as well as having the ability to help set off pyrotechnics, control the lighting and vote on the concert’s finale.