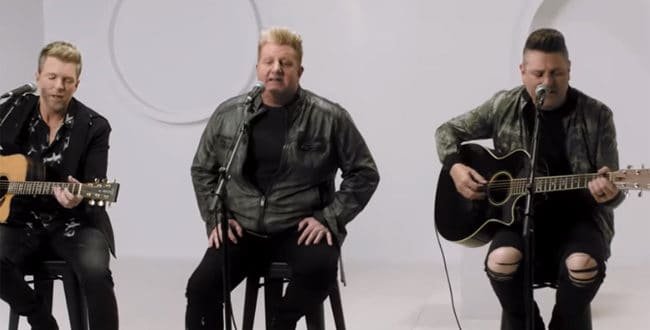 Rascal Flatts Is Here To Stay

Rascal Flatts has had a very successful run.

The band has enjoyed sustained success for almost two decades now, and they have no plans to throw in the towel anytime soon. That’s right, Rascal Flatts has no plans to retire! The guys are inside the Top 20 and climbing with their latest hit, “Back to Life,” and their tour dates are still drawing huge crowds.

Your chance to win with Breakfast For Your Brain!

Jay DeMarcus, Joe Don Rooney and Gary LeVox say they might slow down but they’ll never stop. They explain further, “I just don’t imagine we’ll be one of those bands that’ll go, ‘We’re retiring, it’s over.’ I don’t know if we’ll do a hundred dates ever again. You know it’ll look different as time goes on. I know Gary said before he didn’t want to be 60 singing ‘Prayin’ For Daylight.’ We opened up for Rolling Stones, remember, July 4th, 2015. And ‘ I said ‘God, Gary, you imagine being, you know, early 70s and still doing this?’ He goes, ‘No, no, I don’t. ‘Y’all ready to rock?’ I’ll tell you what hurts the most!“

Watch a video of their performance of “Back To Life” now!