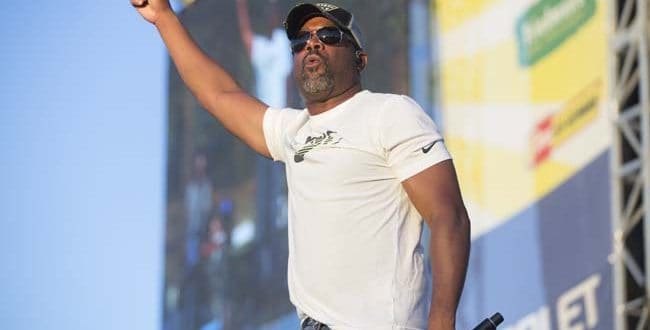 We knew it would be a hit when we heard it!

Darius Rucker has charted his career 10th Number One hit this week with “Beers And Sunshine.” He co-wrote the song during the pandemic via Zoom and recorded it virtually from his home, which was a first for the singer. “Beers And Sunshine” is the lead single from Darius’ upcoming studio album. He made the announcement on his Instagram page! Check it out!

Darius said that at this stage in his career, getting a chart-topping hit means more than it ever did. He explained further, “It probably means more to me now than it ever has. I’m 54. I’m 54. It goes back to when Charles called me when George Strait retired and told me I was the oldest guy on Country radio. I’m 54 so just the fact that I might have another Number One’s crazy and when it hits it’s gonna be awesome! It’s better now, and after not really being on the radio for two years. I was basically gone with Hootie for two years. I didn’t know what was gonna happen when I came back and it’s great that I had a song like that that’s doing what it’s doing.”

Darius will be a guest on NBC’s Today show on Friday, February 25th. Watch the video for “Beer and Sunshine” below!