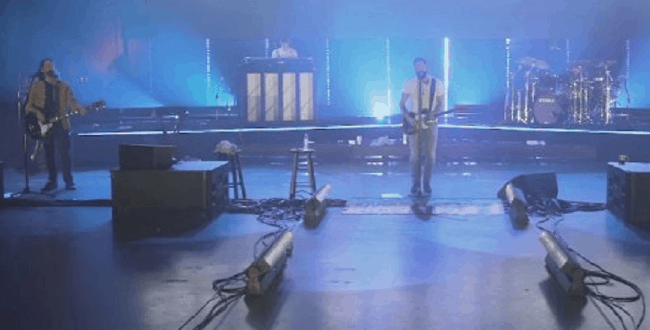 Old Dominion has released their third studio album. The 12-song self-titled project includes their latest single, “One Man Band,” as well as their recent chart-topping hit, “Make It Sweet.” This is Old Dominion’s first time to serve as co-producers.

Seems odd that the group would wait until their third album to self-title it, but as Trevor Rosen explains, it made perfect sense, “We had already named the first two albums something quirky and I think everybody expected a quirky title for the third one but once this album kind of shaped up it didn’t feel in character to name it something like that and it just felt like we were really proud of this album. We felt like it really represented who we are as a band and who we are as songwriters so it felt right to name it Old Dominion.”

Old Dominion was just nominated for Favorite Country Duo or Group at the American Music Awards. They are also up for Vocal Group of the Year at next month’s CMA Awards.

Old Dominion continue on their headlining Make It Sweet Tour on October 30th in Indianapolis, IN. Next year, they join Kenny Chesney on his Chillaxification Tour.