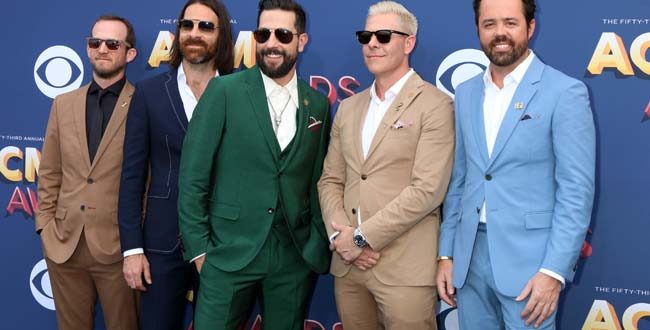 Reigning two-time CMA Vocal Group of the Year Old Dominion received their career fifth Vocal Group nomination at the CMA Awards when the nominees were announced last week. They also secured a nod for Album Of The Year for their self-titled third studio album, which was released last year.

While grateful for both nominations, Old Dominion’s Trevor Rosen says the Album nod is especially validating, “I’d say since we became a band, since we started making albums, we always tried full albums. You know, it wasn’t just trying to write hit songs, we tried to make an album that was cohesive and also an album where there wasn’t a skip-able song on it. We took pride in that, so to finally be in that category, I feel like, is rewarding. It’s sort of the culmination of all the work that we’ve put into this for the last 10 years.”

The CMA Awards will be held on November 11th in Nashville.

Old Dominion is also nominated for Group of the Year and Single, Song and Video of the Year for “One Man Band” at the ACM Awards, which will be held on September 16th in Nashville. They will also perform during the show, which will air live on CBS.