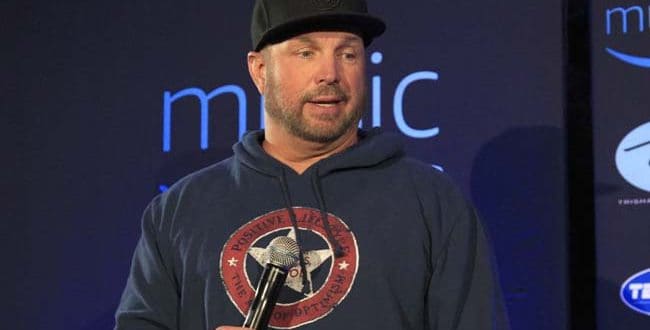 No More ‘Entertainer of the Year’ Awards For Garth Brooks

Garth Brooks has permanently taken himself out of the running for Entertainer of the Year at the CMA Awards. He has taken home the honor seven times throughout his career, and at a press conference via Facebook Wednesday, July 29th, Garth shared the news with viewers saying “it’s time for somebody else to hold that award.”

Watch the press conference below!

So what made him change his mind? Garth revealed that a tweet he read after winning Entertainer again in 2019 stuck with him. He said, “It said, ‘Hey, man. This guy, why doesn’t he just step down (and leave) the entertainer for the next generation?’ 100% agree.”

Garth explained, “The result of the millions of tweets was one little tweet that caught my eye, that made me go, ‘I need to fix that.’ And so, for eight months it has bothered me. But I gotta tell ya – there is a freeing feeling about me right now when I walk out of this building that I’m going to really, really, really enjoy where we stand as a band and crew, because it’s not going to change anything in our perspective. But I really love the fact that someone else is going to get to experience that Entertainer of the Year nod. That’s a wonderful thing.”

Garth officially asked the Country Music Association if it was possible to declare him CMA Entertainer of the Year Emeritus status, but they weren’t able to comply. He also asked to be removed from the voting ballot but the CMA said it’s the voting membership that decides the nominees and not the Association itself.

Ultimately, Garth has decided to remove himself and has made the voting membership aware of his desire for the nomination and the award to go to someone other than himself. The second round of eligible nominees will be announced Thursday, July 30th, and voting is set to begin on Friday, July 31st.