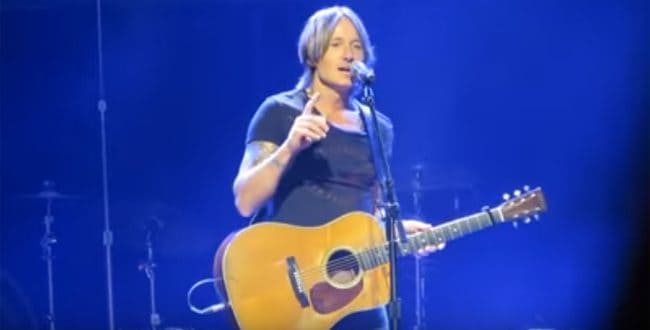 That’s right! Keith Urban has officially released a new single! The song is called “We Were,” and it was co-written by Eric Church.

Have you signed your office up for the 94.3 KAT Country Grub Club with Sweet Smoke BBQ? Sign up now!

Keith said “We Were” is a reflective, mid-tempo ode to mischievous youth. Keith explained, “I like the idea that life just happens. At some point, whether in the moment or not, you just gotta go with it . . . When I first heard ‘We Were,’ I not only heard it, but saw it. It made me feel something. The imagery is so strong — a stamp on the back of the hand, a Saturday night cover band, the girlfriend (or boyfriend) we ran with and a fake i.d., which of course I never had.  So many of us can relate or will relate at some point!”

“We Were” is the first single from Keith’s next studio album. Have you heard “We Were?” Listen below!

Keith performed the song during Country Radio Seminar earlier this year! Here is that performance!