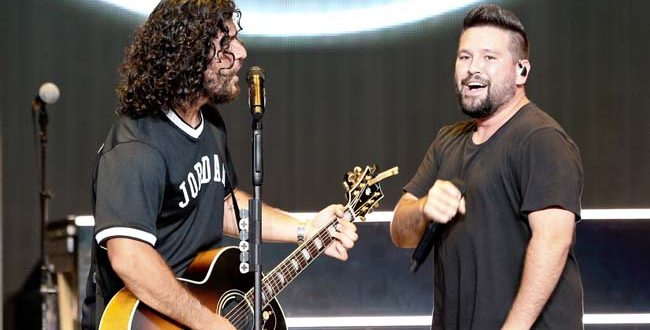 Lately, Fridays have been all about new music!

Dan + Shay return to country radio with a song filled with sweet harmonies called “I Should Probably Go to Bed” Friday, July 31st. This is the duo’s first single since “10,000 Hours” featuring Justin Bieber topped the charts back in January.

Dan Smyers said, “We wrote part of this song in Los Angeles during Grammy week but finished it at my house, on my piano, kind of by accident. Shay had come over to record vocals on another song that we had written. We took a break, went downstairs, started singing this song, and realized this song needs a big ending. So we really went for it. Shay delivered one of my favorite vocal performances of all time. We’re so proud that this is our new single.”

The Mid-MO Baby Expo is VIRTUAL this year!

“I Should Probably Go To Bed” is the second single off the duo’s upcoming album. They released a lyric video for the song late Friday night. Watch it now!

Dan + Shay are nominated for Duo and Song, Video and Music Event of the Year for “10,000 Hours” at the ACM Awards, taking place on September 16th in Nashville. The show will air on CBS at 8 p.m. ET and will be hosted for the first time by Keith Urban. Check out the video below!