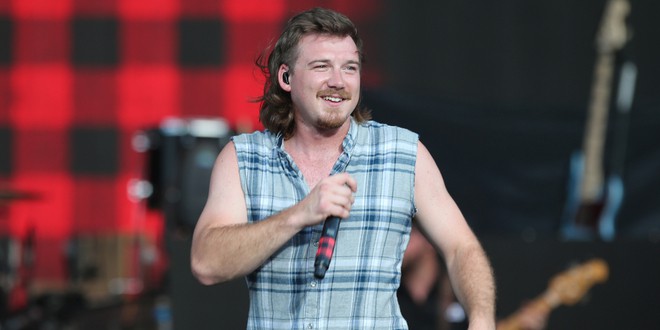 It was accidentally leaked earlier this week.

Morgan Wallen’s sophomore album Dangerous: The Double Album, is officially released today. Some Walmart stores got the jump and began selling the project a week early, much to Morgan’s dismay, so he began leaking songs from the project himself online earlier this week. Walmart later released an apology. The Target version of Dangerous features two additional bonus tracks.

Morgan took his time, nearly three years, to make the double album which features a total of 30 songs, largely thanks to the quarantine. He said, “You know, that was never the goal number. We didn’t really have a goal number in mind. It’s kind of just what happened, you know? I felt that every song was unique and told a unique story and I was proud of all of them so we just kind of said why not, you know, and especially right now I think people are really eager for music and they need music. I need it, so I don’t know, it just seemed like the right time to do something like this, and it was a lot of work, but it’s been very rewarding so far, and I’m really proud of what we came up with.”

Writers on the album include Eric Church, Jason Isbell, and Thomas Rhett. The project features his recent Number One hit, “More Than My Hometown,” as well as his current single, “7 Summers.” Watch the videos now!

Morgan will celebrate the release of Dangerous with a live performance of his new songs from the Ryman Auditorium in Nashville on Tuesday, January 12th. The one night only, full-band Nashville concert will be live-streamed for free worldwide on Morgan’s YouTube and Facebook pages at 9 p.m. ET.

Here is the Dangerous: The Double Album track list: