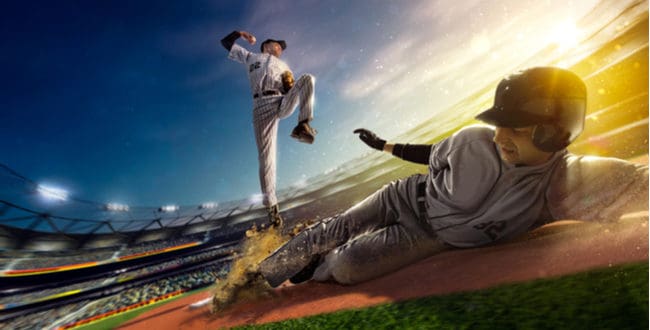 Last night (Tuesday, June 23rd) the Major League Baseball issued a 60-game schedule for the coronavirus delayed season! Officially the season will start at the end of July. This marks the end of several long months of back and forth arguing and disagreement between the MLB and the players union. Commissioner Rob Manfred set up a schedule in case an agreement was never achieved, which is what ultimately happened. There are many rules set in place as well as a few changes to this year’s season. Check out some of the new guidelines below!

Spitting will be prohibited along with water jugs and the use of saunas, steam rooms, pools, and cryotherapy chambers.

Hitting in indoor cages will be discouraged, with batting gloves encouraged.

Batting practice pitchers are to wear masks, dugout telephones disinfected after each use.

Players may not touch their faces to give signs, and they’re not allowed to lick their fingers.

Teams are encouraged to hold meetings outdoors, players spread apart. Seats in the empty stands near the dugout should be used to maintain distance, according to diagrams in the manual, and the next day’s starting pitcher can’t sit in the dugout.

Everyone must keep their distance during “The Star-Spangled Banner” and “God Bless America.”

A ball will be thrown away after it is touched by multiple players, and throwing the ball around the infield will be discouraged.

Individuals must avoid any physical interactions (such as high-fives, fist bumps, or hugs) while at club facilities.

The designated hitter will be used in National League games.

All extra innings will start with a runner on second base.

All players will resume training on July 1st. While there are many rules and changes this year, viewership will do doubt be through the roof. Baseball will be the first major sport coming back since the outbreak began… and everyone will be watching!