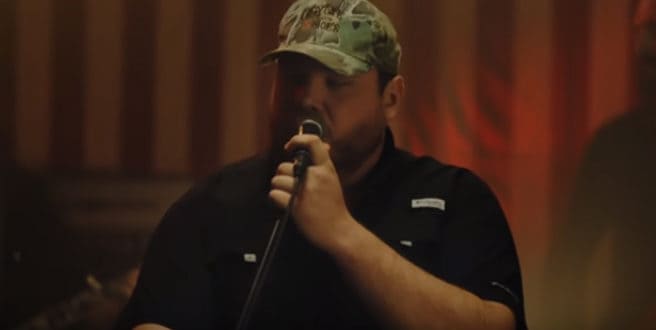 If you asked Luke Combs how he felt about his success, his answer may surprise you.

Luke Combs popped up on the country music scene barely four years ago and has become one of the most successful artists in the genre, having released seven singles and all peaking at Number One on the country charts. Luke has also quickly progressed from small venues to arenas and now stadiums, selling out pretty much every show.

Join us this weekend for the 2020 Cardinals Caravan!

Does Luke’s sudden success shock him? Turns out, not really. Luke said, “I also don’t necessarily feel like surprised by it maybe just because when I picked the guitar up and it started to make sense to me I knew that I had found something that I felt like I was meant to do and whatever way that ended up playing out for me was something that I was gonna be happy with, and it was like, ‘This is what I’m supposed to be doing.'”

Luke has also already become a member of the Grand Ole Opry and he’ll celebrate his one-year anniversary in June. Time flies!

Luke hits the road for his first show of 2020 on January 18th at the Mountain High Music Festival in Mt. Crested Butte, CO. Of course, he’ll make a stop in Columbia, MO at Mizzou Arena on Friday, February 7, playing to a sold out crowd!