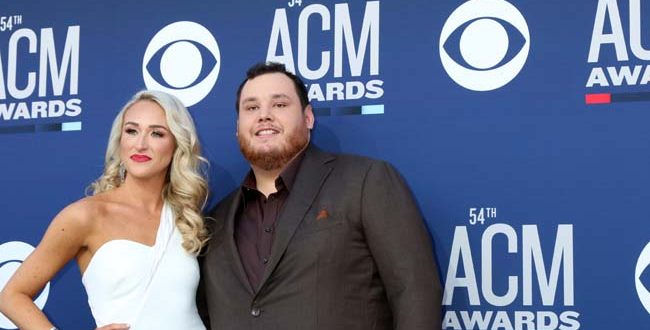 The very first song that Luke ever co-wrote with a fellow artist is Carly Pearce’s current hit single, “I Hope You’re Happy Now.” Luke said that he was digging into the story of Carly’s then-new love, Michael Ray, when the song emerged from the conversation. Luke explained further,“It was kind of right when she had just announced that her and Michael Ray were dating and so I was just being nosy pretty much and I was like, ‘Hey, give me the rundown of this whole thing,’ and she just kind of started telling me the story of how they met and how she left the person she was with before, and I had had that title in my phone for a long time and always thought it was a really cool play on words.”

Luke recently topped the charts with “Does To Me,” featuring Eric Church.

Luke recently talked about the success on his Instagram page.

Thank you country radio and the best fans in the world for making “Does To Me” my eight No. 1. It is just as awesome as my first No. 1 and it’s something I’ll never take for granted. Also want to thank @ericchurchmusic for being a part of this song. Was super cool to have him sing on it with me. It might not mean much to you, but it does to me…