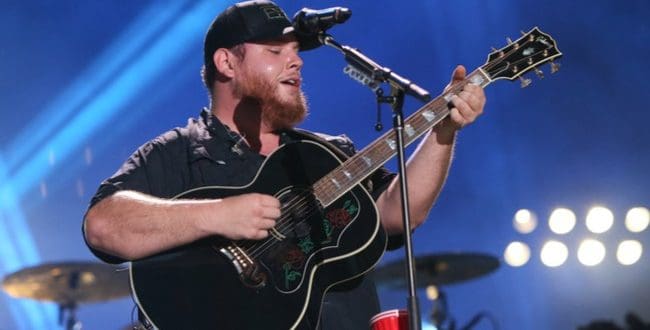 If you saw Luke Combs perform during his sold out show at Mizzou Arena Friday night, you witnessed an unforgettable night!

Luke Combs reached out to Eric Church to join him on his latest single, “Does To Me.” He said that Eric was the “obvious choice” for this song in particular.  Luke explained, “I think Eric Church was an obvious choice when it came to finding somebody to do that song with. Not only does I feel like it fits his writing style, but also his mentality, his approach to music, I think it was just a really good fit.”

Find out what Luke Combs likes to splurge on now!

“Does To Me” is a Top 25 hit and climbing on the charts. Listen to the lyric video now!

He recently shared an unreleased song he wrote for his fiancee and his parents called “Without You” during a concert. The lyrics include: “When I’m up here on this stage, the spotlight’s on my face, but I see you / It’s me strummin’ this Gibson, it’s me they love to give the credit to, but me don’t mean a thing without you.” Watch the video now!

Luke’s What You See Is What You Get Tour continues in Pennsylvania, Kentucky and Michigan this week.