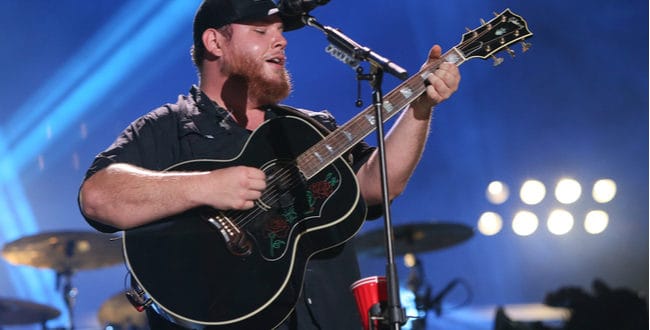 You may remember earlier this year that Luke Combs underwent a major lifestyle change after being on the losing end of a football bet with one of his bandmembers. Luke, a huge Carolina Panthers fan, and his keyboard player, an Atlanta Falcons fan, bet on the first game of the year, and much to his surprise, Luke’s loss meant he had to follow a vegan diet for 90 days.

For Luke, it wasn’t easy. Luke explains, “Am I still a vegan? No, I’m not still a vegan. Did I honor the bet for the whole 90 days? No, I did not. I made it just over a month and I just was like, “Man, I don’t really want to do this anymore.” So I made the bet with my keys player anyways, and I really debated on just firing him if I had to do the whole 90 days. So no, he was cool with me giving up.”

Luke sits inside the Top 15 and climbing on the country charts with “Lovin’ On You.” Watch the video now!

He recently announced the dates for his rescheduled 2021 What You See Is What You Get Tour and did an Instagram live stream. Watch now!