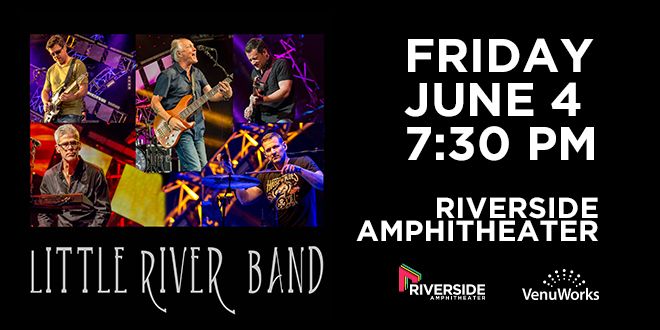 For information about the venue, go online to www.riversideamp.com. Also, be sure to like Riverside Amphitheater’s Facebook page for the latest on the new entertainment venue, additional concerts and other upcoming events.

VenuWorks Presents has announced LITTLE RIVER BAND will hit the stage at the Riverside Amphitheater on Friday, June 4, 2021 at 7:30 pm.

The Eagles founding member, the late Glenn Frey, knew what he was saying when he dubbed Little River Band “the best singing band in the world.” Through the ‘70’s and ‘80’s, LRB enjoyed huge chart success with multiplatinum albums and chart topping hits like: “Reminiscing”, “Cool Change”, “Lonesome Loser”, “The Night Owls”, “Take It Easy On Me”, “Help Is on Its Way”, “Happy Anniversary”, “Man On Your Mind”, “The Other Guy”, “It’s A Long Way There”.

Worldwide album, CD sales and digital downloads now top 35 million and LRB has set a record for having had Top 10 hits for 6 consecutive years – In fact, they were the very first band to achieve that remarkable status! According to BMI, “Reminiscing” has garnered rare status with over 5 million airplays on American radio, and “Lady” is close behind with over 4 million airplays.

Bringing their vocal and musical energy along with great arrangements to their timeless classic hits, each show creates new memories for the audience. The band enjoys watching their fans fall in love with the songs all over again as they are swept up by the show’s powerful performance and the volume of hits from LRB’s history.

With 90 -100 dates being scheduled for their 2021-2022 tour, Little River Band is hotter than ever selling out shows and making music coast to coast continuing their legacy of being “the best singing band in the world.” 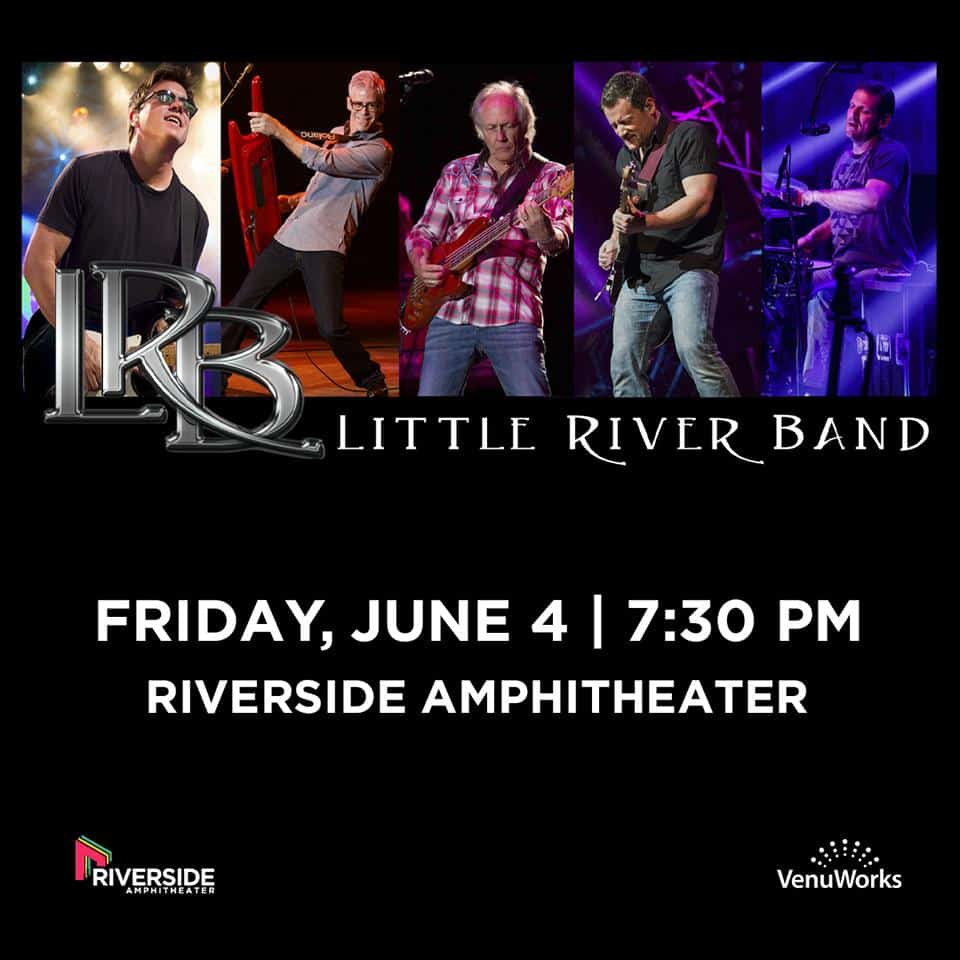