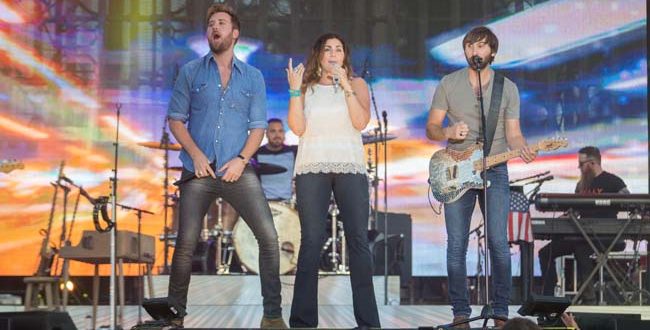 Lady A Coming Out With New Project

It’s not quite a full album, but we’re excited.

Lady A will release a new seven-song project called What A Song Can Do (Chapter One) on June 25th. Each track was co-written by at least one member of the trio. The collection will be available for pre-order on Friday, June 11th along with a new track called “Things He Handed Down.”

Hillary Scott said, “There’s an interdependence that we have with each other, and music is at the center of that to me. We are all living in the now together. We’re all a work in progress, and that is what we wanted to share with these songs on the first chapter.”

The project includes their current hit single, “Like A Lady.” Watch the video now!

Lady A will kick off their 34-city Lady A: What A Song Can Do Tour on July 29th in Uncasville, CT with special guests Carly Pearce, Niko Moon, and Tenille Arts. They will be making a stop in Kansas City AND St. Louis! Get details here!

Read more about Lady A now!

Here is the What A Song Can Do (Chapter One) tracklist:

2.) “What A Song Can Do”
Written by Charles Kelley, Sam Ellis, Ryan Hurd, Laura Veltz