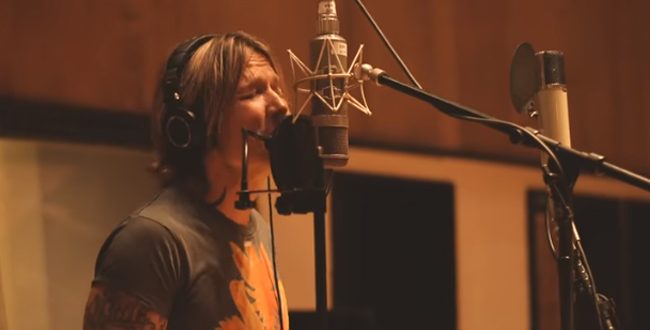 Prior to his win for Entertainer of the Year, he snuck the song in. It’s not a taste of new music to come and it’s not Keith’s new single. The song, called “Burden,” was written by Irish singer/songwriter Foy Vance, and it was a piece of work that Keith said he instantly fell in love with.

94.3 KAT Country is proud to be a part of Thursday Night Live! Find out who is coming to downtown Jefferson City here.

Keith explained, “I knew about but I didn’t know a lot about and I fell upon that song ‘Burden’ and it just floored me. I just thought it was the most beautiful, simple, honest prayer of a song, and I just was compelled to try and get in the studio and capture the way I felt about it and what it meant to me, but it wasn’t intended to be a single or any of the traditional things. It was just something that I felt very passionate about and wanted to capture and perform, and I think that’s the great thing about 2019 is we can do that as artists. We can be moved by something, capture it and then immediately put it out without sort of labeling what it is.”

Did you miss it? Listen to “Burden” below!

Listen to Keith explain the reason behind recording “Burden.”