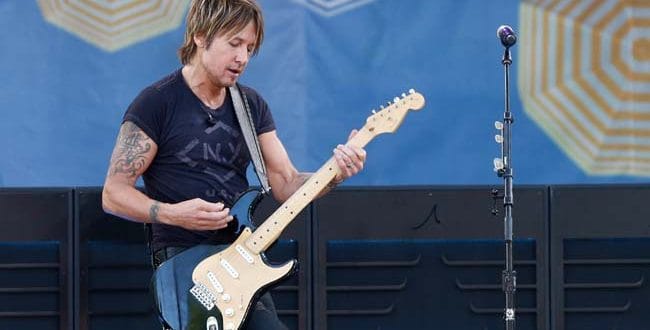 Keith Urban will be hosting tonight’s Academy of Country Music Awards for the very first time in his career. While he’s got plenty of live TV experience, Keith said he is more than a little nervous about the gig. Keith explained,“Yes. Yes, completely. Completely. I don’t enter it fearlessly. I enter it sort of facing my fear and just walking through it anyway, but I’m not a host. What do I know? I’m a guitar player, but I love bringing music into everybody’s homes or wherever they’re gonna be watching this from so I go at it with that spirit and that heart.”

Keith is also nominated for Male Artist of the Year, and will be performing live with pop star P!nk during the show. They are debuting their new duet called “One Too Many” off Keith’s new album, The Speed of Now Part 1, which will be released on Friday, September 18th. We can’t wait to hear that duet! Check it out for yourself when the 55th annual ACM Awards airs live on CBS beginning at 8 p.m. ET.

Keith announced on Instagram that he will give an Amazon Music global livestream performance on Friday, album release day, where he’ll be playing some of the new songs from the album live for the first time beginning at 9 p.m. ET.

THE SPEED OF NOW • GLOBAL LIVESTREAM September 18 with @amazonmusic. Playing some of the new songs from the album LIVE for the first time 🤘 Tune in at 9p ET. amazon.com/keithurban