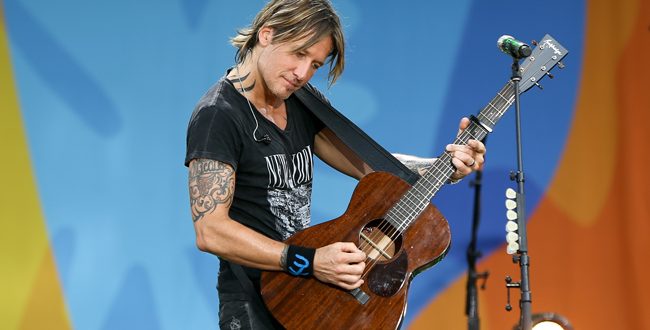 Keith began writing and recording for The Speed of Now Part 1 toward the end of 2018, and he said that he had so many songs, it warranted a part 1 and a part 2 to come later. Keith explained further, “I ended up with way too many songs. There were some songs I really, really loved that I was struggling with how do I leave these off this album, so I thought, well, if I was putting together a set list to play live and they said, ‘You can only do 14, 15 songs,’ I would be leaving a lot of songs off the set list so I’d have to play a couple of nights, so, well, I’ll just do a part 1 and a part 2. That’s how that came about.”

Keith says he has no timeline for when we can expect The Speed of Now Part 2 to be released.

Keith will celebrate the release of The Speed of Now Part 1 tonight with a global livestream interactive concert experience with Amazon Music. Filmed live from a state-of-the-art studio in Nashville, the event will begin at 9 p.m ET on Amazon Music’s Twitch channel and within the Amazon Music mobile app via Twitch and Amazon Music’s new live streaming functionality, as well as on Amazon.com/live.

Keith’s current single from the album, “God Whispered Your Name,” sits in the Top Five at country radio. Watch the video now!