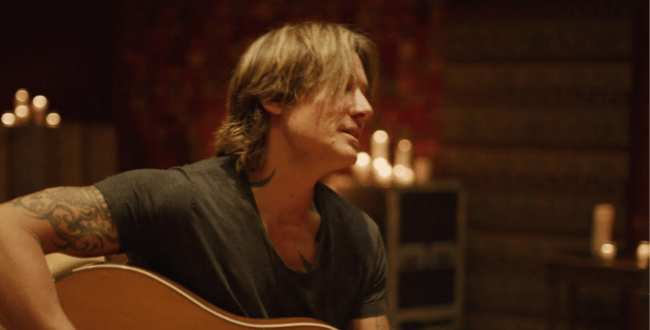 Keith Urban will return with the seventh All For The Hall concert to benefit Nashville’s Country Music Hall of Fame and Museum on February 10th at the Bridgestone Arena. The event, dubbed “All For The Hall: Under The Influence,” will include performances by Chris Stapleton, Tanya Tucker, Blake Shelton, Luke Combs, Brothers Osborne, Tenille Townes, Ingrid Andress and Lauren Daigle. Additional artists are expected to be announced.

To go with the theme of the evening, each artist will perform a song recorded by an artist whose music had a strong influence on them, as well as one of their own hits.

Keith tells us that having a theme each year really helps keep the lineup at All For The Hall from getting out of control, “It’s a labor of love in the best way. It really is. If I say there’s only one challenge to it is condensing the guest list. Right from the beginning it was like putting a wedding  guest list together and which family member . . .  you have to either invite everybody or elope. But we’ve only got limited time, and it’s very, very hard to have certain people who are very good friends of mine say, ‘What the? What the? Waiting on the call and nothing.’ So, I thought how do I get around this problem, and then the idea of themes came up, so at least there was some type of criteria to be able to put a guest list together. Otherwise, this show would be days and days long if I invited everybody I wanted.”

Tickets for 2020’s “All for the Hall: Under The Influence” will go on sale on Friday, October 18th at 10 a.m. CT through LiveNation.com and the Bridgestone Arena box office.

All For The Hall began in 2005 and to date has raised $3.4 million in support of the Country Music Hall of Fame and Museum’s education program.

JUST ANNOUNCED: All for the Hall returns to Nashville on February 10! Tickets on sale October 18 – see you there! #AFTH7