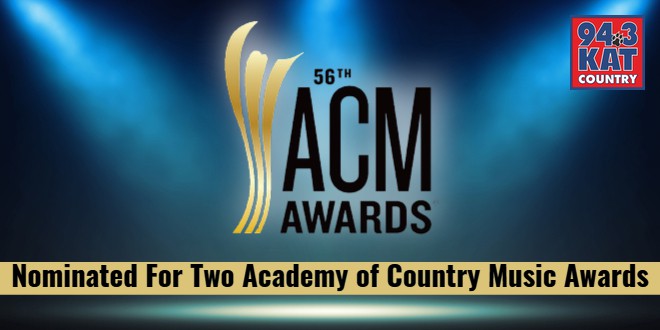 We have some exciting news to share! The Academy of Country Music has announced the Radio Awards nominees for the 56th ACADEMY OF COUNTRY MUSIC AWARDS, including double nominations for 94.3 KAT Country.

THANK YOU Mid-Missouri for making us a part of your day and for listening. These nominations are because of you and your support, dedication and generosity throughout the year.

The Radio Awards winners will be announced ahead of the 56th ACM Awards in April and more info to follow in the coming months. The 56TH ACADEMY OF COUNTRY MUSIC AWARDS™ will broadcast LIVE on Sunday, April 18th on the CBS.

The full list of 56th ACM Awards nominations will be announced in the coming weeks. 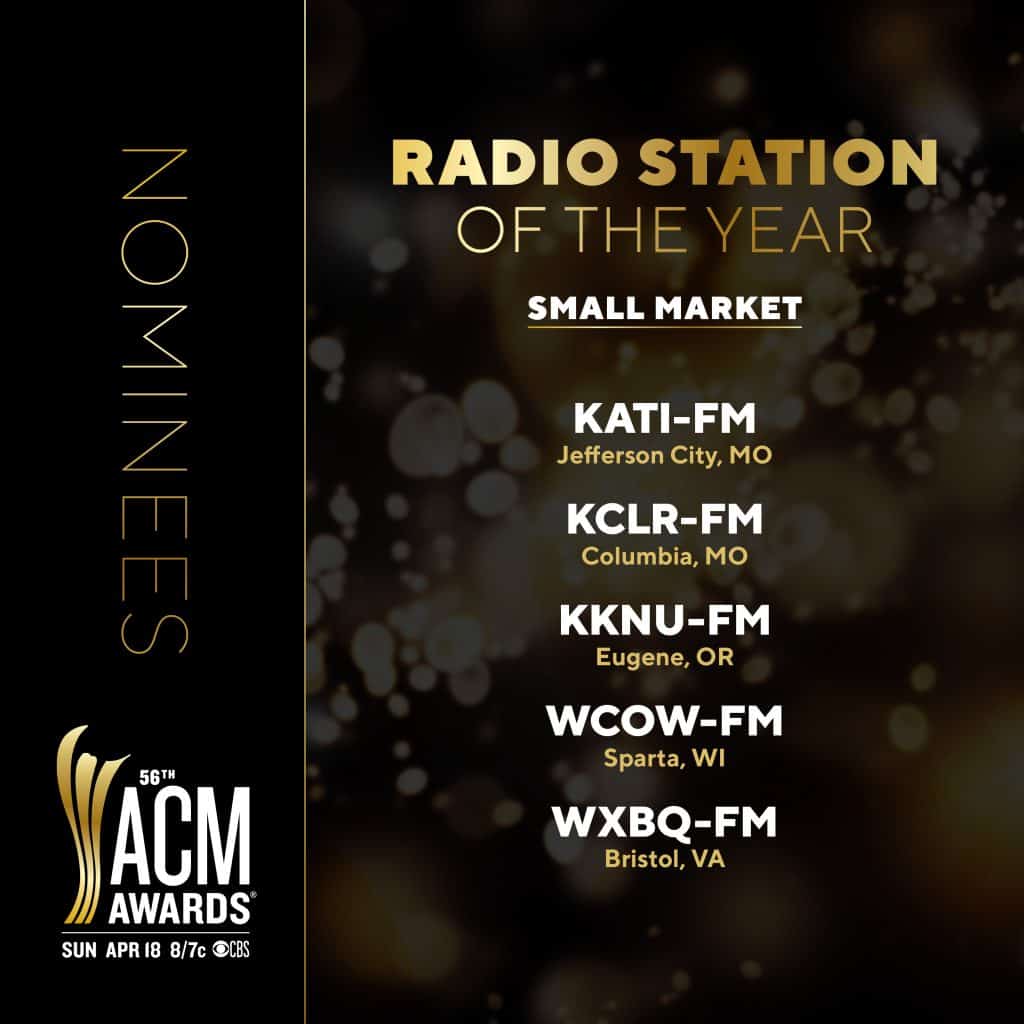 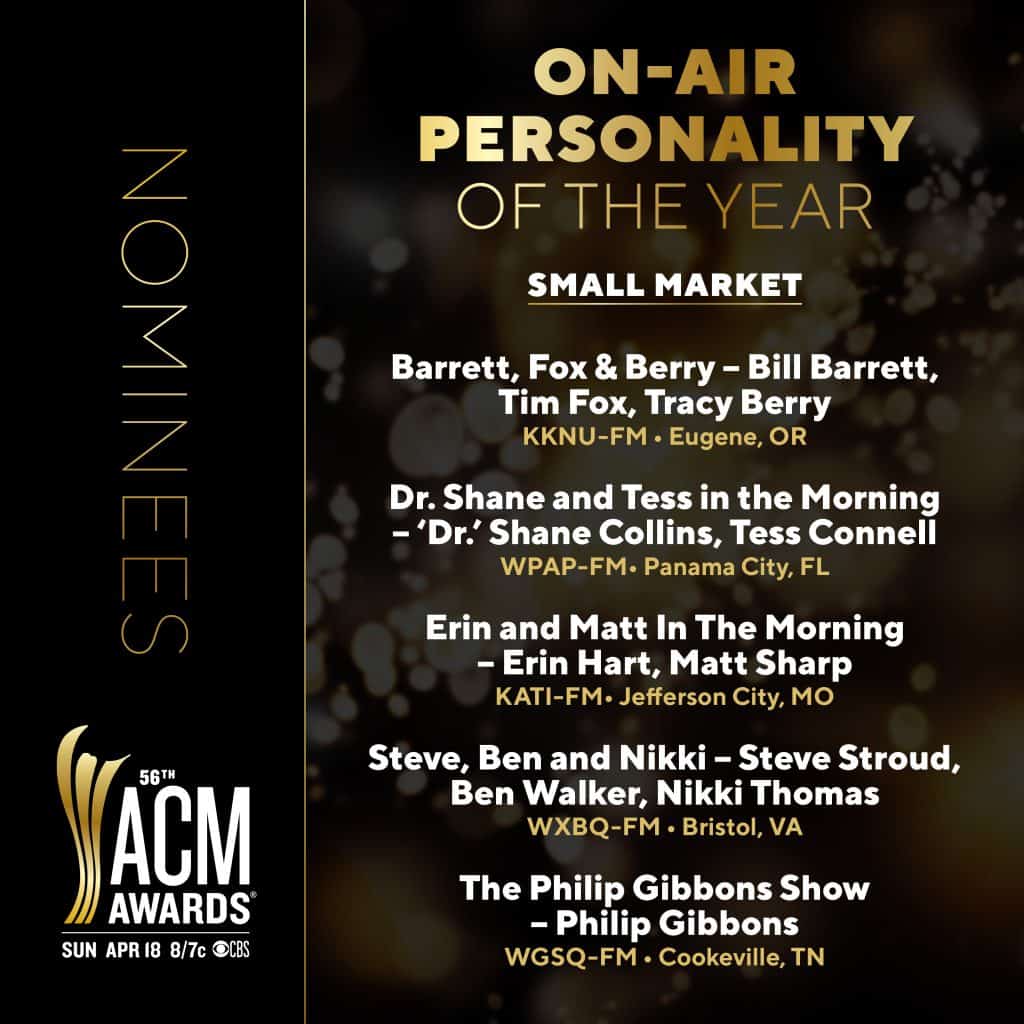 The 56th ACM Awards®, honoring and showcasing the biggest names and emerging talent in Country Music, will feature exciting performances, unprecedented collaborations, surprising moments and more to be announced in the coming months. For more information, visit ACMcountry.com. You can also like Academy of Country Music on Facebook, follow on Twitter at @ACMawards, follow on Instagram at @ACMawards and sign up for the FREE ACM A-List for more immediate updates.

About the Academy of Country Music Awards™

The 56th Academy of Country Music Awards™ is dedicated to honoring and showcasing the biggest names and emerging talent in the Country Music industry. The show is produced for television by dick clark productions and will broadcast LIVE on Sunday, April 18, 2021 on the CBS Television Network, and will be available to stream live and on-demand on CBS All Access. R.A. Clark, Barry Adelman, Mark Bracco and Amy Thurlow are executive producers. Damon Whiteside is executive producer for the Academy of Country Music.