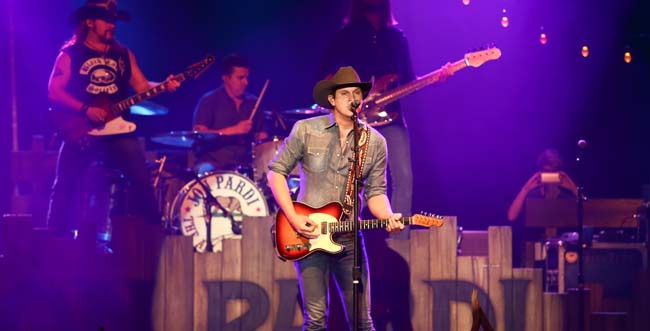 Jon Pardi Got What He Wanted

It’s the nomination he’s dreamed of.

Jon Pardi is heading into next week’s ACM Awards with a nomination for Album of the Year for his third studio album, Heartache Medication. The project as released last fall and features the chart-topping title track. He shared the good news on Instagram. Check it out!

Thanks so much for the nomination, @cma. So much work goes into my albums and it’s always great to get in the Album of the Year category. Thanks to everyone who helped make this record and all the fans who have bought, streamed it or just listened to it. Congrats to all the nominees! #CMAawards

Jon said, “Being nominated for an ACM Award is always awesome, especially when it’s for Album of the Year. From all the hard work we put into making this record to seeing it as a nominee for Album of the Year is amazing. It’s such a great honor to just have a nomination – to still be in the game is what I’m saying, and it’s so fun. It’s my favorite category to be in. It’s the one I want to be in because that means all the songs help you get that nomination. I think that’s so great, and we work so hard on picking songs, so it’s awesome.”

The 55th Academy of Country Music Awards will be hosted by Keith Urban. It will be broadcast on CBS on Wednesday, Sept. 16th at 8 p.m. ET.

In the meantime, Jon continues making his way up the country charts with his latest single, “Ain’t Always the Cowboy.” Watch the video now!