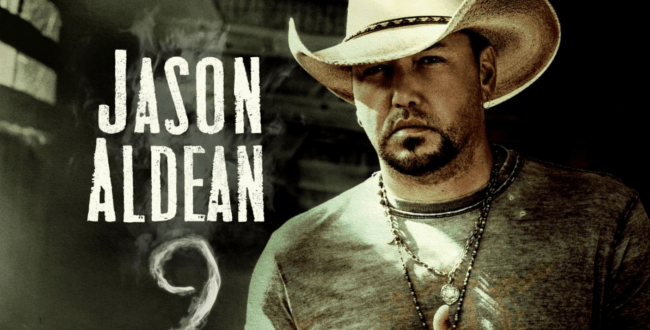 Jason Aldean’s new album, called 9, will be released on  November 22nd. The project is now available for pre-order at all digital retailers, immediately giving fans access to four new songs off the upcoming album.

Jason said, “Early on I always thought if we ever got to make nine albums, I’m going to call it 9. It was my baseball number growing up, and it’s just kind of always been my lucky number. I remember cutting the first album and thinking ‘that’s forever away,’ and now here we are. I don’t know, it’s really special we made it this far – so, it’s more for me than anybody else – but, it means a lot.”

Despite the trend to only release singles, Jason explains he loves the process of making whole albums and can’t imagine only offering one new song at a time, “I enjoy making albums. I enjoy all that stuff. I enjoy getting in the studio, getting in a groove when you’re in there cutting eight songs in two days and you kind of get locked into stuff. I don’t know how you do that. You go in every few months and cut one song? Like, that just sounds like it sucks, you know what I mean? That’s not the way I would like to make music. It’s not why I got into it, so my plan is to make albums as long as I feel like people want to hear ’em and if they get to a point where they don’t then maybe I stop making them. Maybe I make like little EPs.”

The four songs Jason is immediately previewing from his 9 album are “Blame It On You,” “I Don’t Drink Anymore,” “Keep It Small Town” and the album’s lead single “We Back.”

Of the single, Jason said, “When I came into Country music and made my mark, it was with a banger. But we haven’t put out a lot of that stuff over the last couple years. So we got this song and to me it just says what it says: ‘Thought we were gone, but you’re wrong – now it’s on.’”