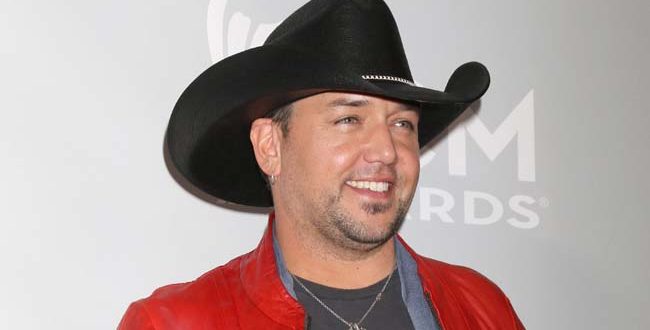 It’s a song we really love!

Jason Aldean charts his 25th career No. One single this week as “Blame It On You” takes the top spot on both Mediabase/Country Aircheck singles chart and Billboard‘s Country Airplay chart. The song was co-written by two of Jason’s band members and close friends, so the feat is especially meaningful.

He shared the big news on social media writing, “Thank you for taking “Blame it on You” to #1 this week. This one feels especially sweet because it was written by 2 guys that have been with me for over 20 years. It’s our 25th number 1 together but the first one they have written that I sang on to get there. Thanks to everybody who had a part in it.” Check it out!

Jason recently explained why he was so drawn to “Blame It On You.” He revealed, “So “Blame It On You” was a song that I got, it was actually written by a couple of guys in my band, Kurt Alison and Tully Kennedy, my guitar player and bass player. And it was just one of those things that was just really different for the record that I thought we were kind of missing. It kind of reminded me a lot of a song “Girl Like You” that we had where it kind of starts off down and you almost wonder is it going to be a ballad and then the chorus kicks in and it turns into ‘rock & roll’ so it was one that just kind of grabbed me right off the bat and I’m really glad we cut it, glad it’s the new single.”

Watch the video for “Blame It On You” below!

Jason’s headlining Back In The Saddle Tour opens on August 5th in Virginia Beach, VA with special guests HARDY and Lainey Wilson. He makes a stop in St. Louis on October 9th! Get your tickets here!