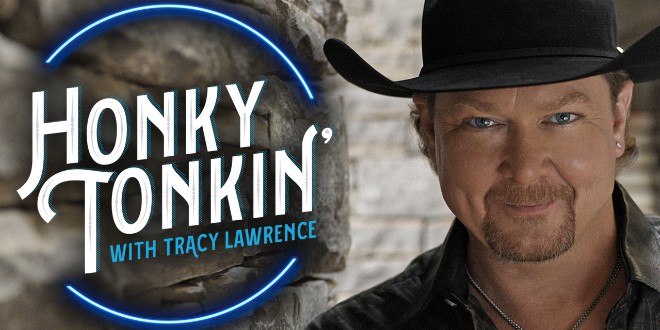 Listen Honky Tonkin’ with Tracy Lawrence every Sunday evening from 7PM-10PM on 94.3 KAT Country. The three hour show features all of your country favorites from the 80s, 90s and 2000s. Tracy will visit with fellow country stars in studio about their music, latest news and will play some of their songs, too.

Tracy Lawrence is one of the most recognizable voices in country music with songs such as “Paint Me a Birmingham,” “Time Marches On,” “Alibis” and “Find Out Who Your Friends Are.” The entertainer has enjoyed twenty-two songs on the Billboard top ten charts with eighteen number one singles, selling over thirteen million albums.

The Multi-platinum CMA and ACM award winning recording artist has help shaped the sound of Country music for two decades, recently celebrating twenty years in music. His music has inspired a whole new generation of entertainers and fans. Jason Aldean and Luke Bryan frequently pay tribute to the singer live in concert by playing his double-platinum hits like “Time Marches On” and “Alibis.” Songs that help make Lawrence among one of the most played artists on radio.