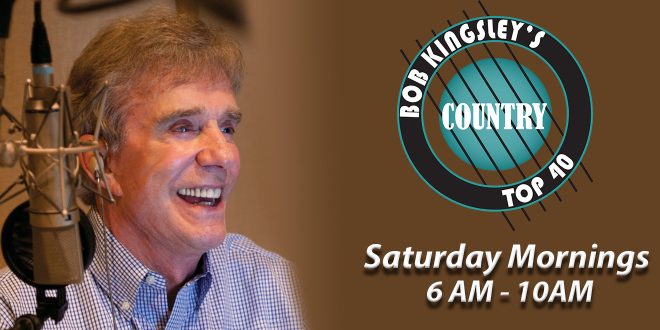 Bob Kingsley is no longer behind the mic, but his voice is forever with us. It’s the voice of a genre, and it’s the voice that has been a conduit to Country music listeners for 60 years.

Keith Urban will host a special edition of Bob Kingsley’s Country Top 40, airing this weekend, October 26th-27th, the first episode recorded since Kingsley’s passing. The program will feature stories from Urban’s visit at the Kingsley’s ranch in Texas, as well as exclusive acoustic performances of songs with special meaning to Bob.

For the show’s last four episodes of 2019, the best-selling Country artist of all-time, Garth Brooks, will host the legendary program in honor of Kingsley.

Kingsley, who passed away on October 17, 2019, culminates a run on the air unlike any other Country radio personality. With over ten-thousand hours of produced content, Kingsley leaves behind the largest audio library in Country music history, and has the distinction of being on-air longer than any other national radio personality.