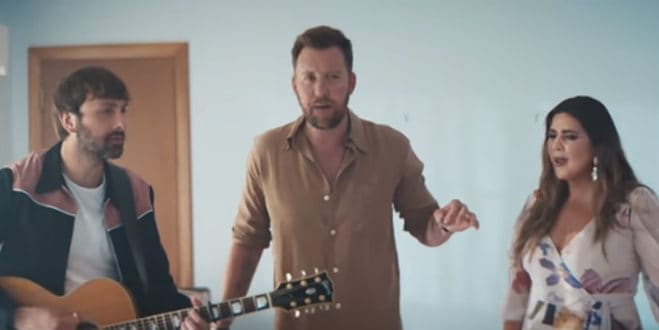 Great Week For Lady A

With 8 million streams, Ocean is on fire!

Going into the week, Lady Antebellum has earned the biggest first week streams of their career with their new album, Ocean. The 13 track project has already racked up over 8 million streams and is the #1 best-selling Country album this week and the week has just started! Their single, “What If I Never Get Over You” is top 5 and steadily climbing.

Watch the video for “What If I Never Get Over You” now!

Join us for the Mid-Missouri Heart Ball!

The trio now go home for Thanksgiving with a lot to be really thankful for. Charles Kelley reveals they even wrote a parody song about the holiday and posted it online. He explained further, “I’m not gonna lie, we did have a Thanksgiving one that we literally were piddling around with and we wrote like in 30 minutes backstage. And Dave of course, is just so fast with everything.  He found like a track and we literally recorded it on this laptop called ‘Turkey Mode,’ and it’s to ‘Old Town Road.’ So, it’s like a Thanksgiving one, and we had plans to do a big video and they’ve gone by the wayside.”

Check out the funny video for “Turkey Mode” now!