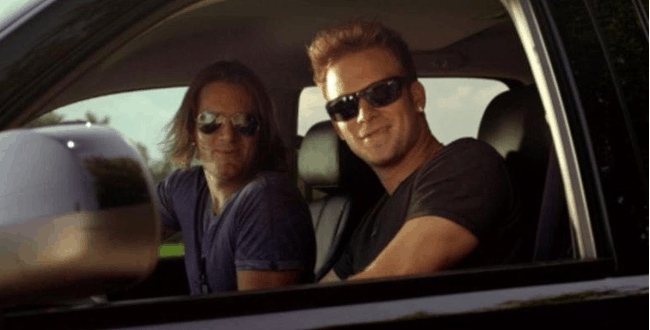 FGL Still Gets Excited To Hear Their Song On The Radio

Florida Georgia Line has had more than a dozen hits on country radio since bursting onto the scene in 2012.  Even after they released their smash hit, “Cruise,”  they still have that same excitement when they hear themselves on the radio.

Brian says that hearing that first career-making song for the first time and explains it never gets old, “I had just pulled in and ‘Cruise’ was on, 2012, put all the windows down, got outside, parked that thing, kept it on and just cranked it up and was celebrating. I’ve still got that video on my laptop somewhere but honestly, I still have the same feeling every time, whether I’m in Florida, on the road or here (Nashville) listening to the radio. It’s freaking radio. It’s so powerful. It’s what we grew up on. It’s amazing. It’s never gonna leave and it’s a cool feeling. It makes you wanna just continue that magic and that work ethic that got you there and that’s gonna keep you there, so it never gets old.”

FGL and their fans can hear the duo’s latest single, “Blessings,” on country radio these days.

They will join Kenny Chesney on his Chillaxification Tour beginning on April 18th at AT&T Stadium in Arlington, TX.

FGL closed out the decade with three songs on Billboard‘s Top Country Songs of the Decade chart — “Meant To Be,” “Cruise,” and “H.O.L.Y.”