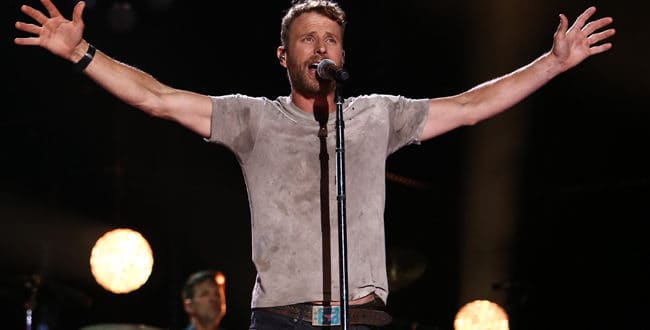 Dierks Bentley is super excited that his Seven Peaks Music Festival is back!

Dierks made another announcement that his upcoming Seven Peaks Festival will be headlined by Dierks and his good friend Keith Urban. He announced the news Tuesday, June 8th following a special series of Dierks and his band performing covers of some of the artists on his curated lineup, which includes Kip Moore, Old Crow Medicine Show, Randy Houser, Hot Country Knights, Clay Walker, Travis Denning, Ingrid Andress, Mark Chesnutt, and Pam Tillis.

Dierks said, “Getting the green light to book artists and plan our third annual Seven Peaks was the single best piece of news I’ve gotten in the last year. It is my favorite weekend of the year, and I know every fan and artist that has been there will tell you the same. It’s the only time my band and crew ever show up to a gig a week early too…because we can’t wait to be out there with our friends and fans soaking up the Colorado sunshine and mountain vibes.”

Dierks is especially happy to have Keith Urban co-headlining the event with him this year. He explained, “Having Keith Urban headline at Seven Peaks Festival is just unbelievable. He’s one of my best friends here in town, and he really is in my mind the best entertainer in country music. There’s nobody that can play guitar like him and just work a crowd like he does. He’s just so good on stage. It’s just what he was made to do. So, to have him out there in Colorado and his band and his energy on that stage, it’s just gonna be so fun.”

This summer, Dierks will launch his Beers On Me Tour with special guests Riley Green and Parker McCollum making a stop in St. Louis at Hollywood Casino Amphitheater on October 21st! Find out details here!