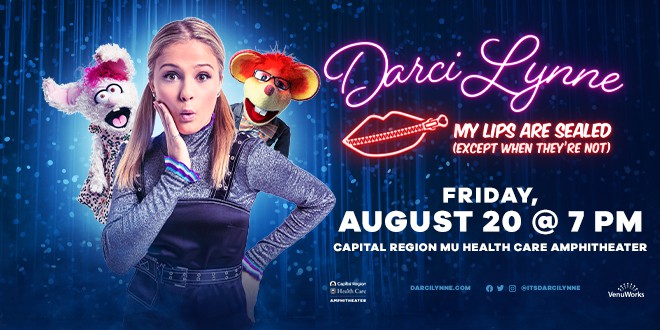 For information about the venue, go online to www.riversideamp.com. Also, be sure to like Riverside Amphitheater’s Facebook page for the latest on the new entertainment venue, additional concerts and other upcoming events. 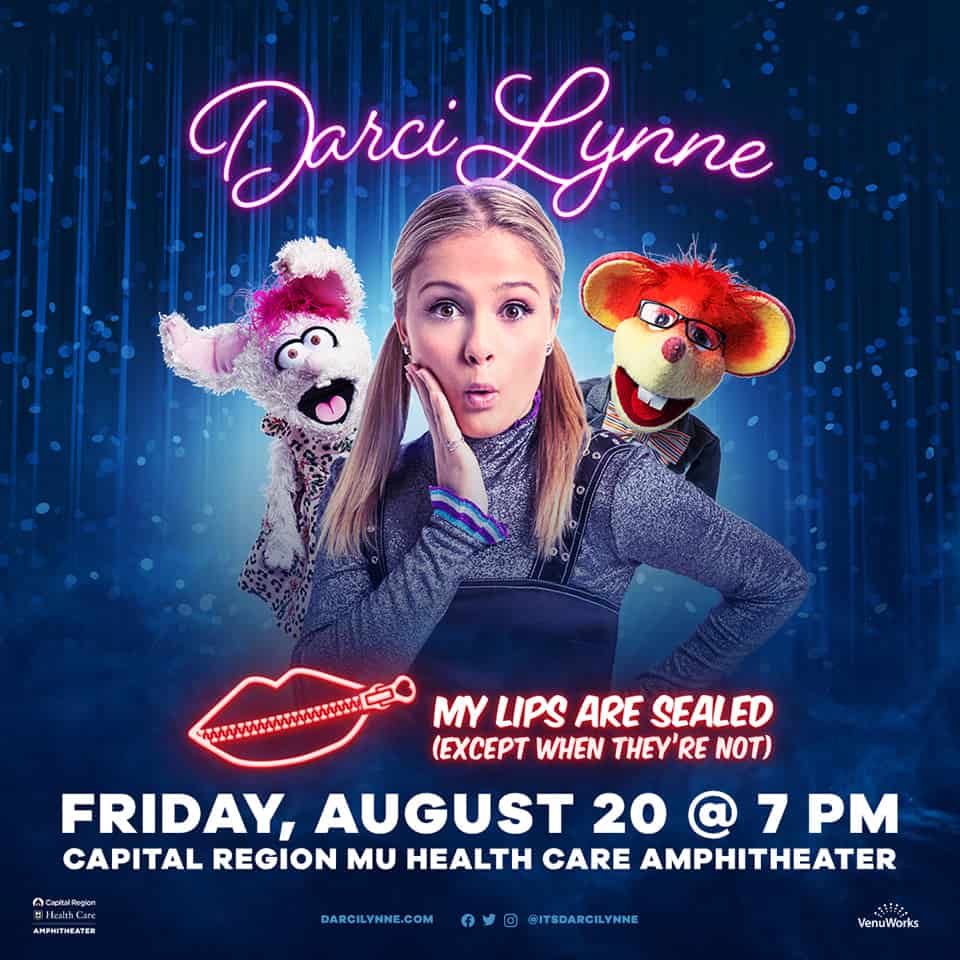 VenuWorks Presents has announced singer/ventriloquist DARCI LYNNE will dazzle fans at the Capital Region MU Health Care Amphitheater on Friday, August 20TH at 7:00 pm. Darci Lynne is the youngest contestant to ever win NBC’s “America’s Got Talent” garnering over 87M views on AGT’s YouTube and the most votes for a final performance in the history of the show. She won] the hearts of America with her sweetheart disposition and undeniable talent. In 2018 she kicked off her national tour selling out her first headlining family friendly show in just six minutes, continually adding shows to meet the overwhelming demand. On the heels of a record-breaking 2020, the gifted Singer/Ventriloquist Darci Lynne has kicked off her 2021 “My Lips Are Sealed (Except When They’re Not)” National Tour where she is sharing her passion for performance and bringing her enchanting show from New York to Nevada.

Growing up in Oklahoma, Darci has always been close to her family and relies on their support and encouragement. In her younger years, Darci participated in talent-based pageants to overcome her shyness. She was soon introduced to the art of ventriloquism and decided to try it out for herself. Her hard work, grit and discipline developed from her early days of gymnastics where she practiced thirty hours a week. After only having her first puppet for two weeks, Darci began performing in talent shows in her home state and beyond.

Darci has performed at the Grand Ole Opry, opened for Fergieat Caesar’s Palace on New Year’s Eve, and starred in her own NBC Christmas Special “Darci Lynee: My Hometown Christmas.” Darci Lynne kicked off 2021 with a bang, starring in Nickelodeon’s hit show “Unfiltered,” which has been renewed for a second season, and she has made appearances in Nick favorites like “All That,” “The Substitute” and “Side Hustle.” She then rocked the stage singing on Nickelodeon’s “2021 Kid’s Choice Awards.” Darci Lynne’s popularity on stage and TV has expanded onto the social media scene. Darci Lynne’s Instagram has reached over 864K followers @itsdarcilynne and her TikTok profile soared from 7K followers on Jan. 16th to an astounding 2.4M followers and 42.4M total likes. Darci Lynne’s TikTok profile can be seen at https://vm.tiktok.com/4KMdEd/ . Darci has been seen on “America’s Got Talent,” “America’s Got Talent: Champions,” NBC’s “Little Big Shots,” “Food Networks” Kid’s Baking Championship,” “Ellen,” NBC’s “The Kelly Clarkson Show,” and the “Today Show.” For more information visit darcilynne.com.