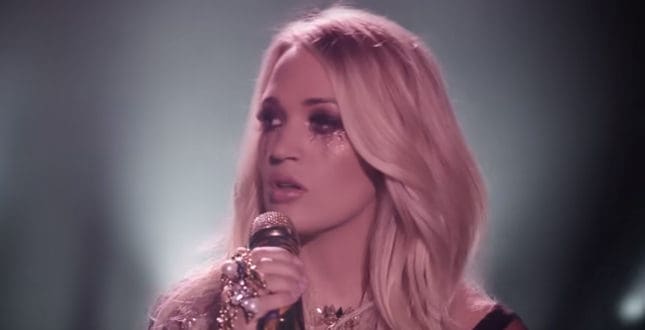 It was a BIG night in LA!

Carrie Underwood took the stage last night at the American Music Awards to accept her award for Favorite Country Album for Cry Pretty she got an incredible surprise. She also won Favorite Female Country Artist. She gave her acceptance speech in tears.

Get signed up for the 94.3 KAT Country Grub Club with Bandana’s BBQ!

Dan + Shay picked up their first AMA for Favorite Country Song for “Speechless.” They were also awarded Best Country Duo.

The most prestigious award of the evening went to Taylor Swift for Artist of The Decade. Among the stand-out performances was Shania Twain! She did a medley of her hits, which had the audience on their feet dancing.

Check out Carrie’s video for “Cry Pretty” below!