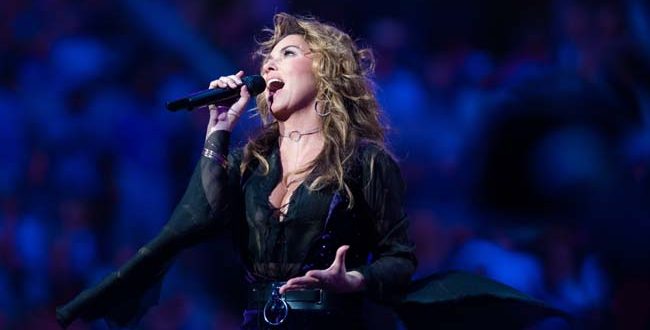 The lineup of performers at the upcoming CMT Music Awards continues to expand with the additions of Shania Twain, Morgan Wallen, Sam Hunt, and Gabby Barrett. There will also be a few collaborations this year, including Kelsea Ballerini with Halsey, Jimmie Allen with Noah Cyrus, and Luke Combs with Brooks & Dunn. CMT made the announcement on their Instagram. Check it out!

The CMT Music Awards will air from Nashville on Wednesday, October 21st at 8 p.m. ET on CMT, MTV, MTV2, Logo, Paramount Network, Pop, and TV Land. The show will be hosted by Kane Brown and Sarah Hyland, while two additional hosts have yet to be announced. Will you be watching? Text us at 573-893-9494 and let us know!