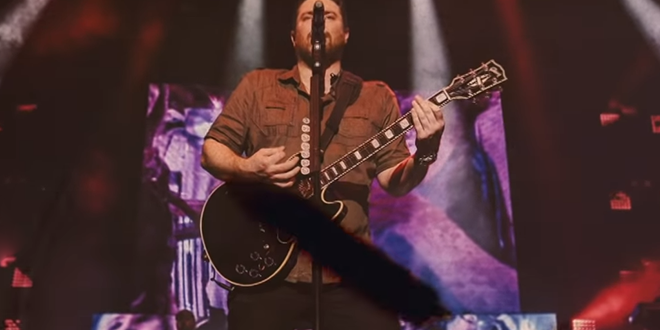 Chris Young was “Raised On Country”!

Chris Young has released a through and through Country Anthem!

Chris Young pays homage to his predecessors and country music icons Merle Haggard, Willie Nelson, Joe Diffie, George Strait, Alan Jackson and Hank Williams Jr. in his brand new single, “Raised On Country.” The lyrics include, “I was raised on Merle, raised on Willie
Got my Honky Tonk attitude from Joe Diffie, Daddy did too, it’s family tradition, When someone cranks it up, you can’t help but listen
My upbringing sounds like George Strait singing, And I gotta give props to the radio, ‘cause if you know me, I was raised on country”. Chris is a co-writer on the song.

Chris will take his headlining Losing Sleep World Tour to the UK in May with special guest Lindsay Ell.

Check out the Lyric Video below!