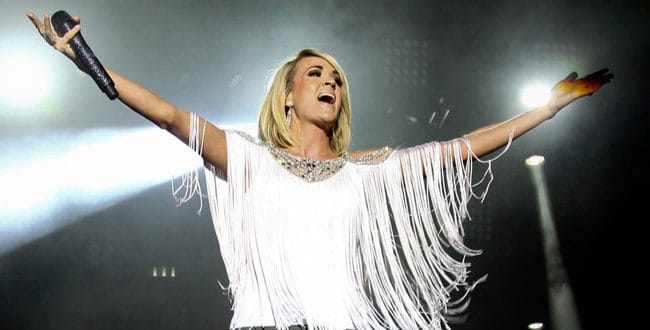 July isn’t too early to talk about Christmas, right?

Carrie Underwood will be releasing her first-ever Christmas album, called My Gift, globally on September 25th, followed by a vinyl release on October 30th. She has released a trailer for the album which includes footage from the recording studio, album cover photo shoot, and a personal message about how she arrived at the title.  Watch it now!

Carrie explained, “This year, it was just kind of on my heart to do this Christmas album. I just felt like this was such a fitting time, kind of feel like it’s a more perfect time than ever to record an album like this. I’ve always wanted to make a Christmas album, and it’s something that really has to be well thought out and so right after The Cry Pretty Tour 360 was over, this was the next step I knew I wanted to take.”

Although Carrie has previously recorded several Christmas songs, her first full album of holiday tunes features a combination of traditional favorites as well as original material. Are you ready for a Carrie Christmas album?