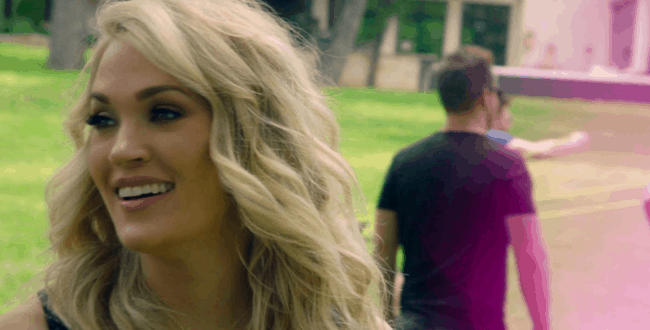 Carrie Underwood just hit another career milestone. Her single “Southbound,” not only is at #1 on the Mediabase/Country Aircheck  chart, but it just became her 27th #1 single.

As a co-writer, this is her 14th chart topper. Carrie explains that it was not an easy song to write, “We get in a room and I had the title. I was like this sounds like fun, I think. We can do something fun with this. But then you realize how tricky for some reason it is to be a woman and write like kind of a drinking party boat song. It’s strange. You wouldn’t think it would be any different, but I’m like for some reason I feel like a guy could get away with saying this line that we just threw out there, but I can’t for some reason. And I used Katie in the song as an example. So, Katie, we wanted to make her like have a little too much fun, but for every line we came out with it was like well we don’t want her to be like – we don’t want it to be sad. We still had to make Katie have a little respect but wanted to just get it out there that some people were having too much fun.“

She co-wrote the song, the latest from her #1 debuting album Cry Pretty, with her producer David Garcia, as well as collaborator Josh Miller.