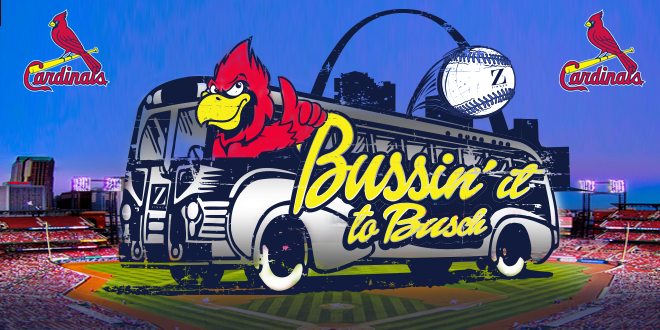 It’s time to load up the bus again to head to a St. Louis Cardinals game at Busch Stadium.

We’re Bussin’ it to Busch on Friday, May 10th to see the Cardinals take on the Pittsburgh Pirates. We’ve teamed up with a lot of local businesses to give you the opportunity to win two tickets to the game AND transportation to and from the game on the 94.3 KAT Country party bus… And Papa John’s – the official Pizza of the Cardinals – will have free pizza for everyone just before we board.

On Location Registration Dates and Times:

Keep listening to 94.3 KAT Country for chances to win win tickets on air, too!