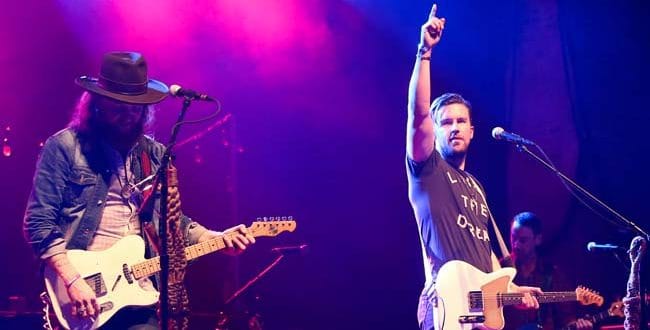 We love the first single from this album!

Brothers Osborne’s TJ and John Osborne had to jump a lot of hurdles to make their new album, Skeletons. In addition to dealing with the pandemic, they were dealing with some personal setbacks as well.  TJ said, “We had the tornado hit. I mean, we had to delay it at first cause John had tinnitus and his ears were ringing so bad we couldn’t play music and I got salmonella poisoning in the middle of it. I think probably the biggest thing I’ll just remember, ultimately my takeaway would just be the sheer perseverance and test of will to make this record happen. Even though it seems like the world’s kind of telling you no, it’s like for us to keep pushing forward and pushing forward and pushing forward, and we did and we got a record to show for it.”

The first single from Skeletons, “All Night,” sits inside the Top 30 and climbing on the country charts. Watch the video now!

Skeletons was released earlier this month. Brothers Osborne debuted a new single on Good Morning America recently. Check it out!

Some viewers missed the performance due to the Supreme Court nomination hearings. As riveting of a performance as Chuck Grassley gave, we decided for a more uplifting approach on this rainy Monday morning. Hope y’all dig it!