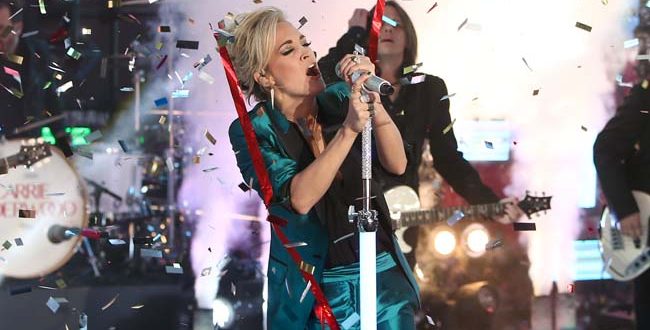 Last night totally belonged to Carrie Underwood at the CMT Music Awards in Nashville. Carrie was the only multiple award winner, taking home trophies for Female Video and overall Video of the Year for “Drinking Alone.” She accepted her awards from home, as the fan-voted show was largely virtual. Carrie continues her reign as the most awarded artist in CMT history, now with 22 career wins.

MALE VIDEO OF THE YEAR
Luke Bryan – “One Margarita”

GROUP VIDEO OF THE YEAR
Old Dominion – “One Man Band”

BREAKTHROUGH VIDEO OF THE YEAR
Gabby Barrett – “I Hope”

CMT PERFORMANCE OF THE YEAR
From CMT Artists of the Year: Chris Young – “Drowning”

QUARANTINE VIDEO OF THE YEAR (SOCIAL ONLY AWARD)
Granger Smith – “DON’T COUGH ON ME!”