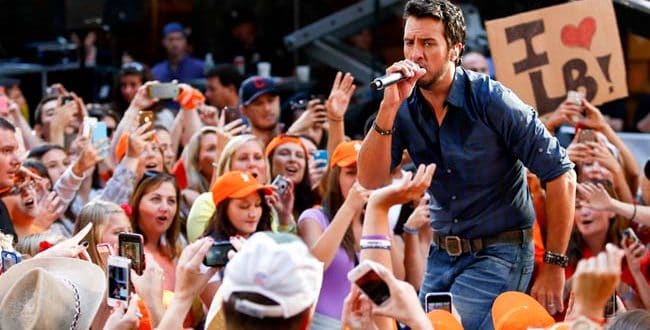 Another #1 For Luke Bryan

It has already produced some chart toppers! Luke has just scored his 25th Number One hit on both the Country Aircheck and Billboard country charts with his latest single, “One Margarita.” It follows up his previous hits, “What She Wants Tonight” and “Knockin’ Boots,” all from his upcoming studio album, Born Here, Live Here, Die Here, due out on August 7th.

Luke says he tries to never take a number one for granted. Luke explained, “When you hear about artists you idolized as a kid, some of your numbers are where their numbers are and stuff like that, it’s really, really freaky. You know, I tried to really relish every time you have a song at the top of the charts, ‘cause I tell people whether you write ‘em, you find ‘em, it’s still a series of miracles having a No. 1 song.”

Watch the video for “One Margarita” below!