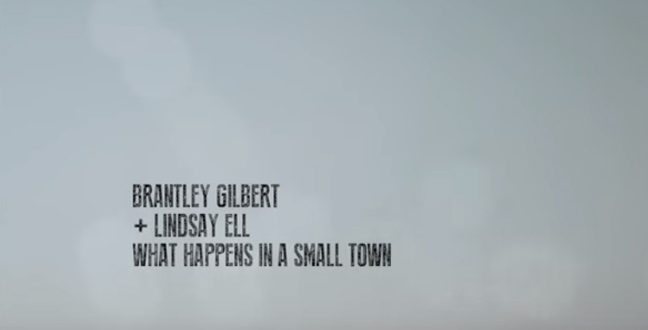 A First For Brantley Gilbert

Hard to believe Brantley Gilbert never had a never done this musical collaboration before!

Brantley Gilbert has a new song, “What Happens in a Small Town.”  It’s one of the last songs he wrote for his next album. Surprisingly enough, Brantley has never done a duet! He said the song lent itself to that and he absolutely loved his label head’s idea of enlisting none other than Lindsay Ell to join him! Brantley said, “I got on the phone and called Rhett Akins and Brock Berryhill.  And we got together, went out on the road, and this happened to be an idea that Brock and Josh Dunne started tweakin’ on a little bit. He brought it up, and from the time we got the first verse done it was just leaning towards a duet and I’d never done one.  And we kinda got excited about it, and I don’t think that excitement ever stopped. Scott Borchetta mentioned her name when we were having that conversation and it just snapped. It was a given. You know, it’s like when he said it, we knew it was supposed to be.”

Check out the video for “What Happens in a Small Town” below!